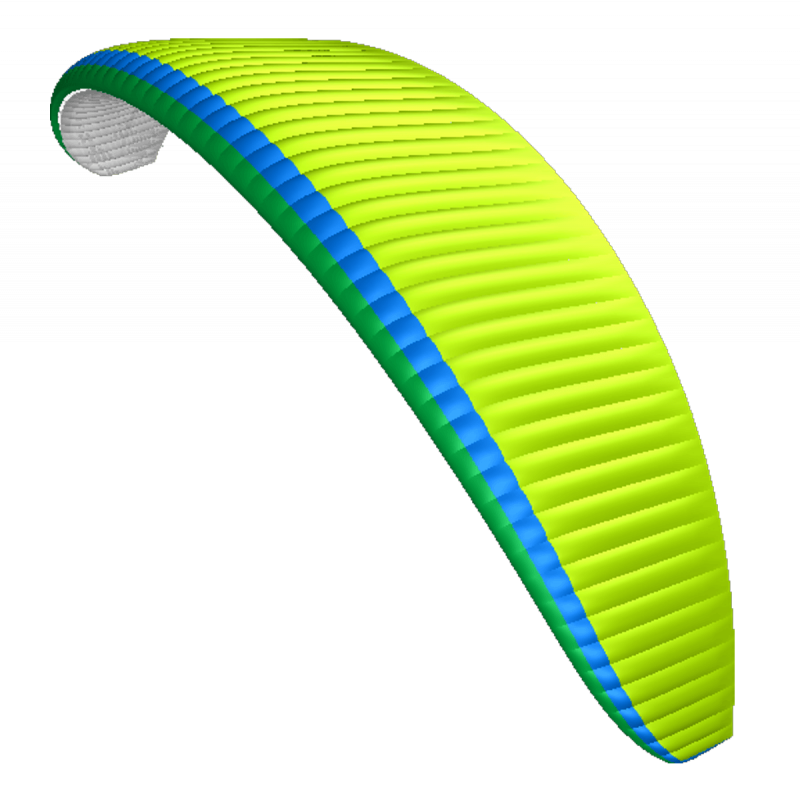 Since it was designed for actively flying pilots, it’s perfect for both cross-country and competition flying.

Colt 2 Light is designed with experienced pilots in mind who like new challenges, but appreciate safety and pure joy of flight.

The original Colt was enhanced with modern solutions tried in the Coden: shark nose and three sections of rods (Flexi Edge technology).

The wingtip was modified too. Airfoil of the Colt 2 Light despite its high lift to drag ratio has some traits of a reflex profile too, used optimally for the paraglider’s class, intended use and performance. The aspect ratio was carefully balanced in order to fully utilize merits of the new ideas, while retaining the most optimal proportion of passive safety and performance, which we believe to be the best in this paraglider class.

Colt 2 Light colors have been simplified due to the use of a lighter fabric, and also to avoid seams that are not necessary for construction reasons. Another minor modification is the use of thinner main lines in the central part of the wing.

Mini-ribs in the trailing edge keep it in shape and decrease ballooning, so the airflow is much improved.

All these concepts result in great performance – the paraglider has finesse until recently to be found only in canopies with much bigger aspect ratio, in addition it’s fast and steady when accelerated. Colt 2 Light turns smoothly and obediently, and since this is combined with meagre sink it will let you easily stay in weak and narrow thermals.

As in other our paragliders, the risers, of the Colt 2 Light constitute a complete, comfortable and carefully thought out “control panel” based on narrow Aramid risers, where each instrument is placed exactly where it should be and works as it should.

Soft, light brake handles with Smart Lock will be greatly appreciated during long flights, for which the Colt 2 Light was designed. 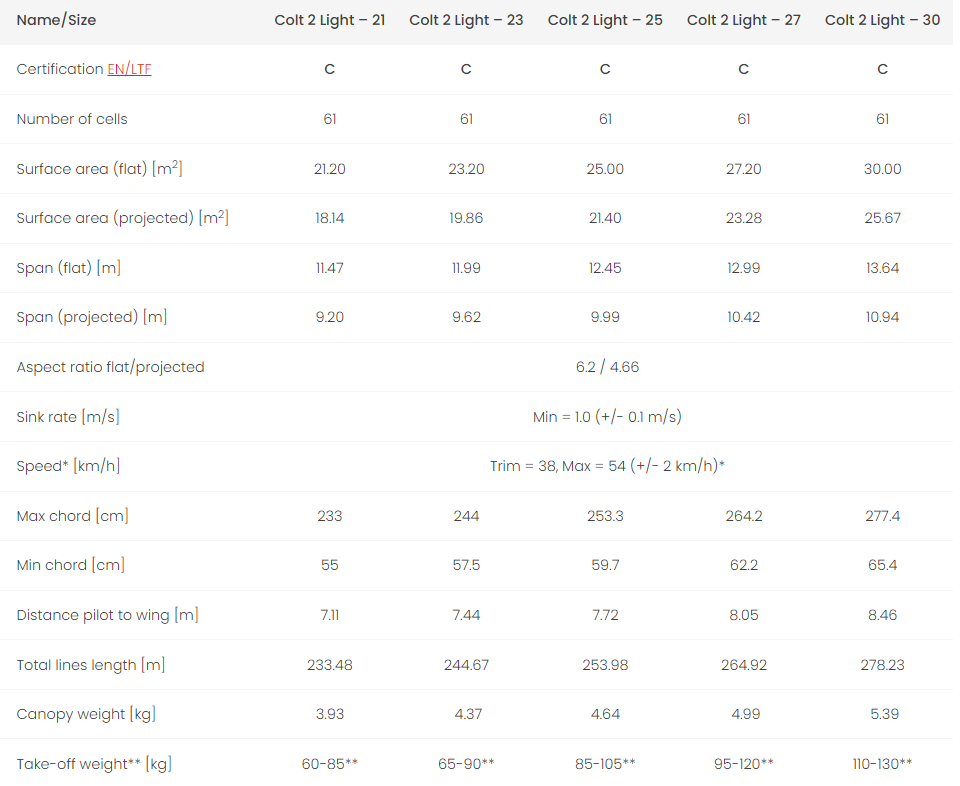 ** The basic rule is to choose the size of the wing so that the take-off weight is in the middle of the weight range. Less weight on the wing (lower range take-off weight) can be considered for foot take-off, when flying in calmerconditions, or when we want to improve economy. More experienced pilots who want to fly dynamically, have higher speed and fly in more demanding wind conditions can consider greater wing loading (take-off weight in the upper range). This is a common option among trike users.

Note – the canopy significantly changes its behavior with increasing wing loading. The greater the loads, the greater skill and concentration of the pilot are  required.