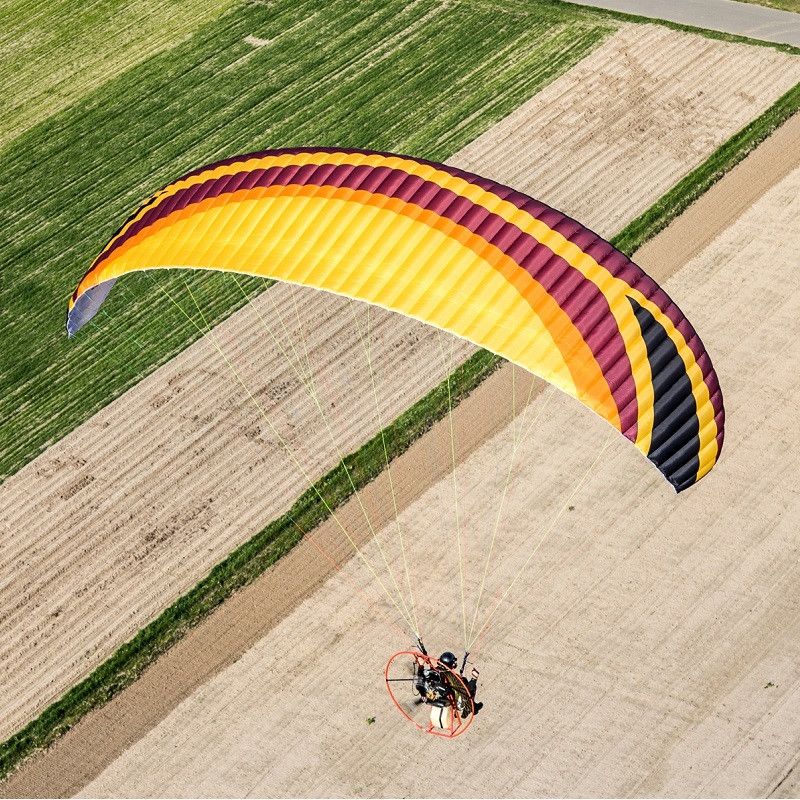 Universal is the first free flying (EN B) paraglider ever which can be converted by its user into a full-blood paramotor canopy (conforming to the DGAC standard).

Universal is the first free flying (EN B) paraglider ever, which can be converted by its user into a full-blood paramotor canopy (conforming to the DGAC standard).

After activating the trimmers and installing the ALC + Universal 1.1  becomes a fully reflex wing with good economy, on which you can fly for recreational and cross-country flights, use thermals, and learn to fly with the engine.

Universal 1.1 is a refreshed version of its predecessor, with improved risers and a redesigned color scheme in the Four Elements palette. We replaced Dominico fabric with Porcher and changed the colors of the lines (according to PMA standards). We have modernized risers’ tooling, simplifying their structure, making them more transparent and more convenient to use.

The basic parameters of the wing have not changed.

Universal is dedicated for beginner and recreational pilots who fly:

exclusively free (but want to benefit from moderate reflex ability)

both free and paramotor

Universal comes with factory-installed trimmers, but they are disabled (!), e.g secured with plastic buckle and hidden in a neoprene sock. Along with developing pilot skills, or by the judgement of instructors trimmers can be activated (half, of full), and TST toggles can be installed (kit included in the bag).

Both the EN and LTF certificates are valid only when the trimmers are closed AND the trimmer straps are locked with the locking clip shifted towards the trimmer buckle. The risers then remain fixed at their standard lengths and trimmer adjustment in flight is not possible.

When the trimmer straps become unlocked, making the trimmer adjustments possible, the canopy has an ULM (DGAC) flight attest in all available sizes.

Size 34 is not equipped with a speed system, because this size is intended for flying on trikes.

The appearance of the Universal caused a lot of interest from clients. A lot of questions followed, so here you have answers for the most frequent ones:

Q: In what configuration is the Universal delivered (PG or PPG)?

A: The canopy is manufactured basically as free-flying (PG) wing, so this is its original configuration. However, it can be easily transformed into full-blood reflex paraglider by conscious releasing the trimmers and installing a ‘paramotor-set’, comprising the ALC+ lines and TST toggles.

It can be done on the ground only – unintentional releasing the trimmers in flight is not possible.

Q: Is there a ‘moto’ set available for the Universal?

A: Each Universal has a ‘paramotor-set’ attached (ALC+ lines and TST toggles). This is not the same, as ‘moto version’ of the Plus or Nemo2. Those paragliders have to be ordered in ‘moto’ version (with different risers and rigging), while the Universal is a canopy which can be altered to a paramotor state by the owner (as well as it can be reversed back to free flying version unassisted).

Q: Is the Universal an ‘all in one’ canopy, for any art of flying, like many other paragliders present on the market?

A: No. Universal 1.1 is EITHER a classic profile canopy for recreational free flying (in the factory, basic configuration), OR a full-blood training/recreational reflex canopy (after releasing the trimmers and installing ALC+ steering). As a PG paraglider it can be deemed something between the Plus and the Optic. As a PPG paraglider it will behave similarly to Synthesis2 (of course similar is not identical).

Q: What is included in the Universal on delivery – a MotoBag, or biggerbackpack for PG wings, which will house the harness too?

A: Since the basic configuration of the Universal is the free-flying version, the default package comprises: 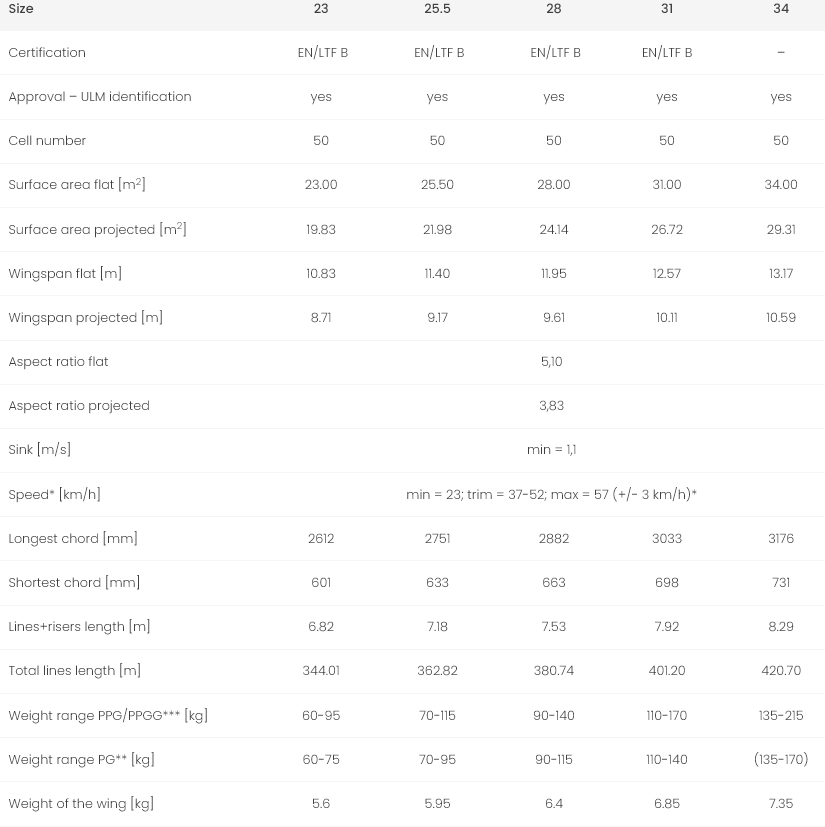