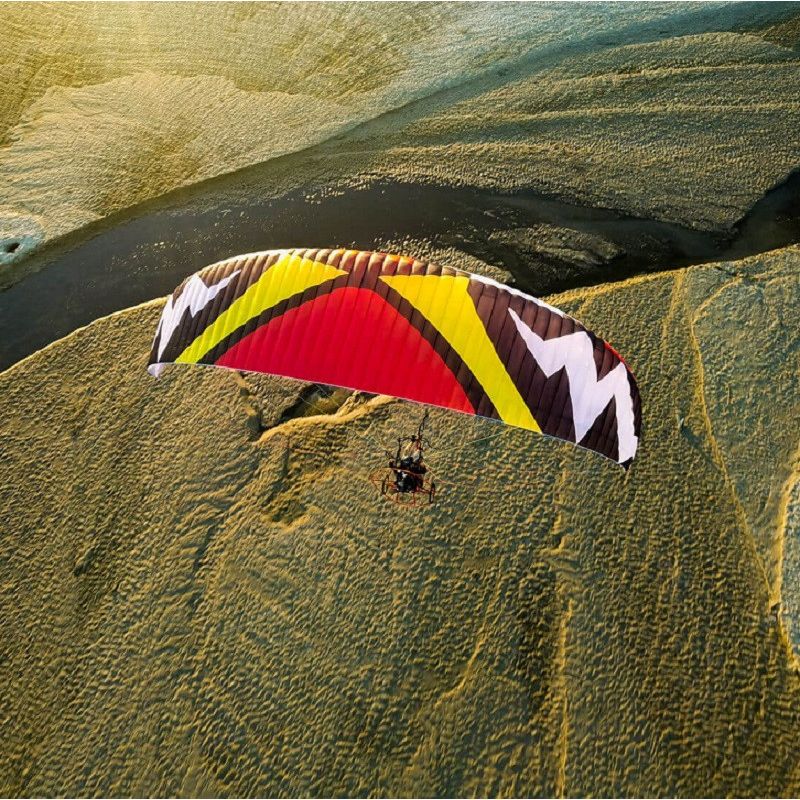 The Nucleon 4 is a classic paramotor wing.

It is characterized by a solid reflex, very easy launch, pleasant steering, good economy and maneuverability ideally suited to the line of recreational, cruise and sports wings.

Nucleon 4 derives directly from the first reflex constructions that appeared in the world – Traper, Action, then ReAction. This pedigree was continued in several incarnations of the Nucleon, up to the current – fourth generation.

We focused in particular on combining the Nucleon WRC’s lateral stability with the agility and pleasant handling of the Nucleon XX. We also added the uncompromising stability of Reportair. Moreover, we managed to increase speed, load capacity, and make the Nucleon 4 lighter than all its predecessors.

Nucleon 4 was designed for intermediate pilots who have already solidly mastered the art of reflex wing flying and are familiar with their specific features. One of them is unique resistance to turbulence, and the only requirement for this legendary reflex safety is to ‘speed up’, meaning the release of trimmers and brakes with an optional pressing the speedbar, which can be used in any trimmer configuration.

A very easy launch, comfortable steering and a pleasant flare at landing are standard in our designs, but in the Nucleon 4 it has been even increased. We improved the flight economy as well.

The spectrum of operation is wide, from recreational and cross-country flying to classic paramotor competitions.

In the Nucleon 4 we used a new aerodynamic profile. The structure includes Flexi Edge (FET) technology, which ensures better aerodynamics and stiffness of the leading edge. Additionally, we use double reinforcements (LE2R) between the cells. Stiffening cores and other reinforcements together with the specific shape of the leading edge (shark nose) make sure that high pressure inside the wing is maintained over the full speed range.

Improved risers mechanisms make them intuitive to use, allow you to use the speed system in the entire range of trimmers, comfortably correct the flight direction with the 2D / TST system and compensate the spinning effect with the automatic TEA system.

Properly selected progression of the alternative 2D control system allows you to steer the wing reliably and effortlessly, which is especially important at higher flight speeds.

Nucleon 4 does not have a Power Attack system, nor is it possible to mount it. 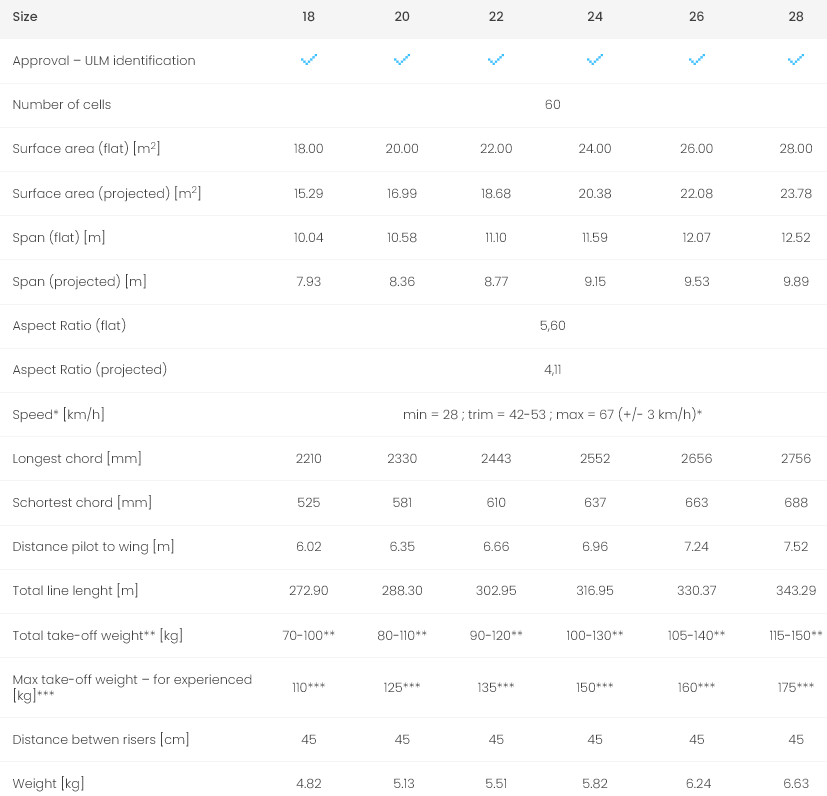