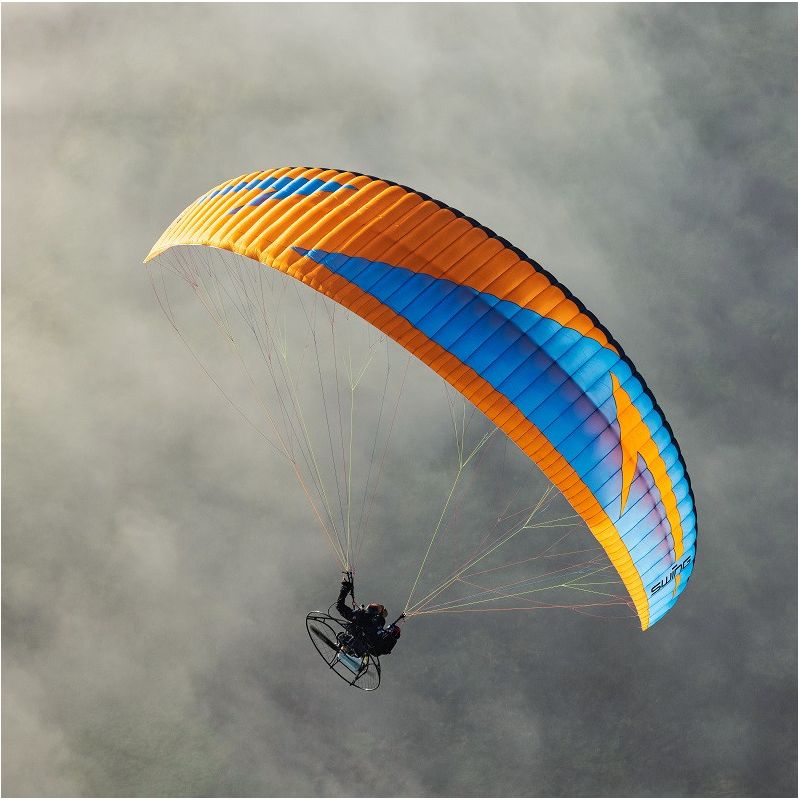 Simply take an evening flight around and over your own home. Climb to the clouds after take-off in the flatlands and enjoy a serene glide with the engine switched off – the STING RS makes your dreams come true!

The STING RS is a comfortable and simple dual-purpose ppg-glider, that will accompany your flying career from the first training lessons to a licensed recreational/XC pilot.

The STING RS is primarily made for foot launch.

But the STING RS also cuts a great figure, whether you’re on holiday in the mountains or on the coast, due to its excellent free flight characteristics. Combine this with its certification level and the Sting RS will afford you a safe introduction to thermal flying or coastal soaring.

Suitable for paramotor and free flight

Usable for training without restrictions

With RAST, the air equalisation flows within the paraglider canopy can be regulated through defined openings. This applies both when filling,(during take-off) and when emptying. In the case of pressure loss, e.g. caused by canopy collapse in turbulent air, the relative internal pressure of the CORE section increases, while the BUFFER section absorbs the introduced energy by deformation.

Furthermore, RAST can be used as an additional support to the leading and trailing edge, which has a positive effect on flight comfort. As RAST connects the ribs over the entire profile height, the construction has a stiffening effect and reinforcements and/or stiffening elements can be saved or even completely replaced by this special construction method.

The well-proven RAST-System is of course part of the STING RS inner structure.

It gives the STING RS the addition of stability and control and is responsible for its unique and comfortable RAST-feeling during takeoff and flight. The patented bulkhead partition with its valves helps to prevent big collapses and deformations, hence reducing the risk of uncontrolled flight patterns.

Speed-limiter - gets the STING RS fit for training

It takes just a few quick steps to limit speed system travel, turning the STING RS into an A category glider that is suitable for learners. When training has been completed, it is just as easy to remove the limiter and enjoy the performance benefits of the B category. Ball-bearing pulleys make even the longest glide stages a breeze.

Nitinol is a high-strength, temperature- and corrosion-resistant shape memory alloy. The name Nitinol is an acronym for Nickel Titanium Naval Ordnance Laboratory.

This material is well-known in medical technology, and for a long time Swing has been using it as leading edge reinforcement in paraglider design, one of the first paraglider manufacturers to do so. For the STING RS, the Nitinol reinforcements are inserted into nylon tubes. This meant that the cross-sectional area (and thus the contact area for the top surface material) could be increased without having to forego the positive features of the memory alloy (bend-resistance, length and dimensional stability).

Ballooning on the trailing edge has a considerable influence on a paraglider’s control pressure and handling. That’s why, with the STING RS, ballooning in this area was reduced to a minimum using 3D shaping, in addition to the tried and tested mini ribs. The trick here is that the mini ribs have internal stitching on the top surface so that none of the threads can get caught up on the ground and pulled out, even when launching in difficult terrain.

The targeted control of tension by 3D shaping at the leading edge of the upper sail has become standard in paraglider construction. This is in order to make the airflow-relevant areas as crease-free as possible. Depending on the model, 3D shaping is either single or double in its construction.

We have supplemented the standard shaping with another 3D shaping at the leading edge to optimise the aerodynamic effect of the miniribs.

To ensure ease of organisation of the lines and to keep the riser as clear as possible, all line galleries from the sail are combined on only three riser levels.

The riser of the STING RS is equipped with trimmers as standard to increase the cruising speed during powered flight and to be able to compensate for the counter-torque of the motor.

With the trimmers locked, the STING RS is also suitable for engine-less flight and is type-approved for it. 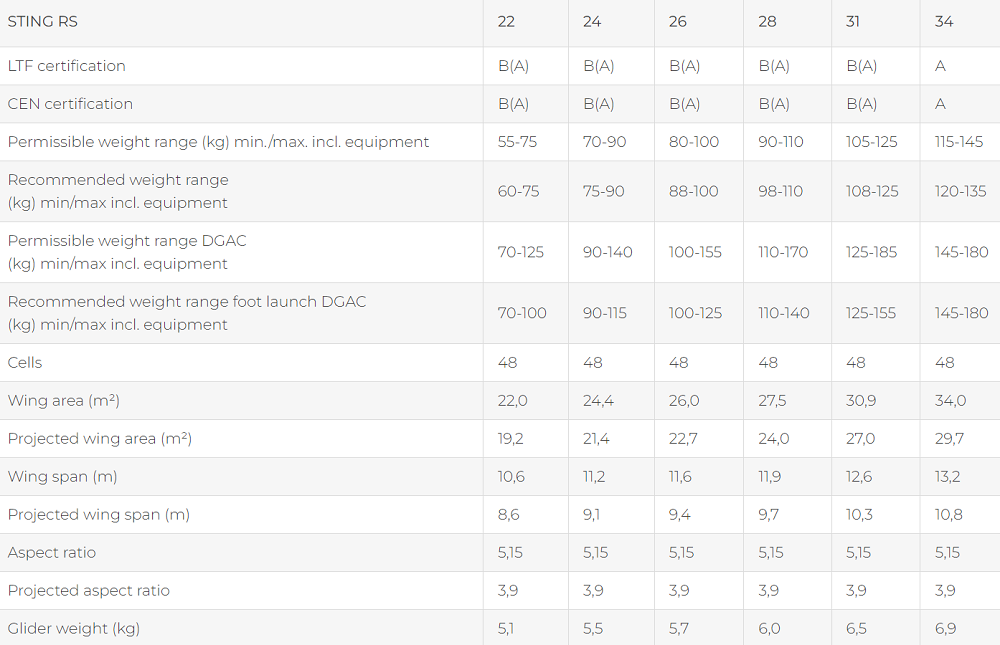 * The performance data depend on the wing loading, the atmospheric conditions and the harness used, as well as the pilot position. 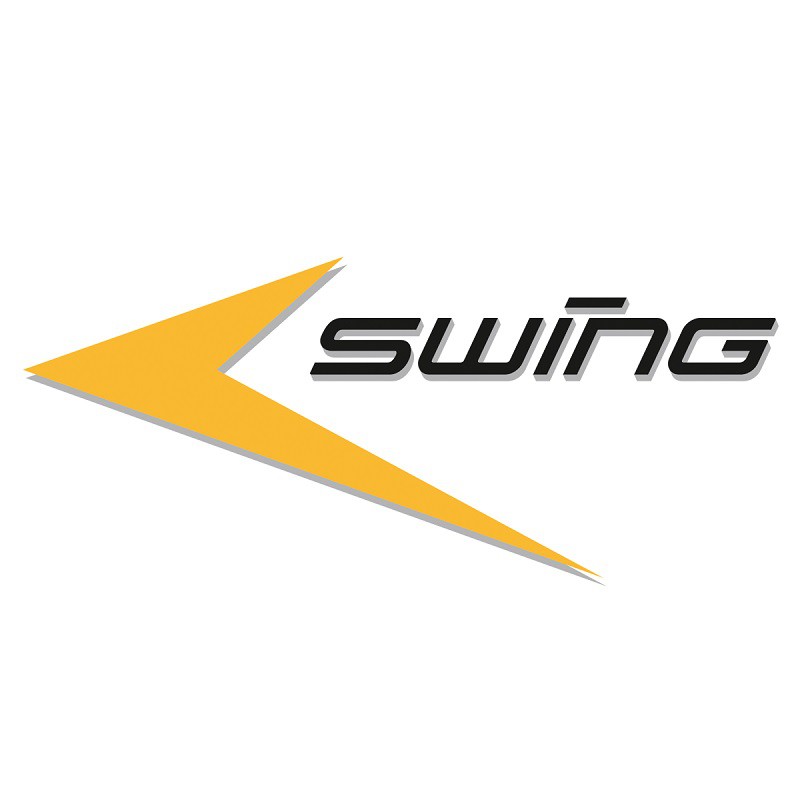